The humble journey started with 1 computer & 4 students leading to university.
Building institutions ranging from KG to PG to Ph.D. and beyond...

“Get wet with water and change your clothes

or get wet with sweat and change the history” Mahbubul Hoque an AMU Alumni ( 1993-2000), the Founder of many institutions including University of Science & Technology Meghalaya & Chairman of ERD Foundation Guwahati. Mahbubul Hoque is a visionary eduprenuer who has given a new perspective of holistic development in the field of education through institution building with humble beginning.

Born to a rural family in Assam’s Karimganj district, Mahbubul Hoque had a turbulent early life as he lost his parents and supportive elder brother during childhood. He had to earn by doing private tuitions and selling home grown vegetables in the local market to continue his studies. Throught first class in his academic career, he completed his B.Sc. and MCA from prestigious AMU in the year 2000 and came back to his native state Assam with a vision to do something in the field of education.

He believes that right vision , honesty and hard work is the only way to succeed and therefore in spite of extreme financial constraints, he had started his entrepreneurial journey with just one computer, 4 students & Rs 85 in his pocket in 2001, rejecting lucrative job offers to him.

His first venture was a Study Centre which he started in the year 2001 in a rental house and run it through generating revenue by selling assembled computers in the market for the promotion of a computer lab for the trainer which became the second best study center of Manipal Group in the whole country. He continued his struggle in the field of education and succeeded to achieve milestone one after another traversing several impediments to set up the institutions in Assam and then Meghalaya.

Accredited 'A' Grade by NAAC Approved by Bar Council of India Powered by ERDF, Supported by USTM

Eminent Personalities Visited on his request 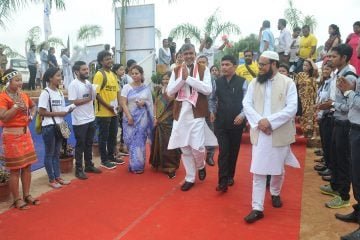 Rs 1.2 Crore Paid Back to NET/GATE/SLET Qualified Students as Reward

9th Mile, Ri-Bhoi, December 15, 2022: The University of Science and Technology Meghalaya (USTM) has celebrated the success of its NET/GATE/JRF qualified students of 2021-2022 … Shri Mahbubul Hoque, Chancellor USTM has been honoured with “Assam Excellence Award 2022” by the News18 media network for his outstanding contribution in the field …

9th Mile, Ri Bhoi, September 20, 2022: The Eighth Convocation of the University of Science and Technology Meghalaya (USTM) has been held successfully here today … 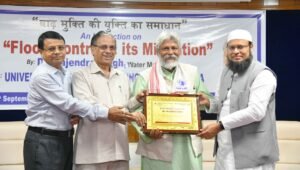 9th Mile, Khanapara, Ri-Bhoi, September 14, 2022: In honour and recognition of his pioneering community-based work on rejuvenation of rivers and waterbodies of Rajasthan, the USTM …